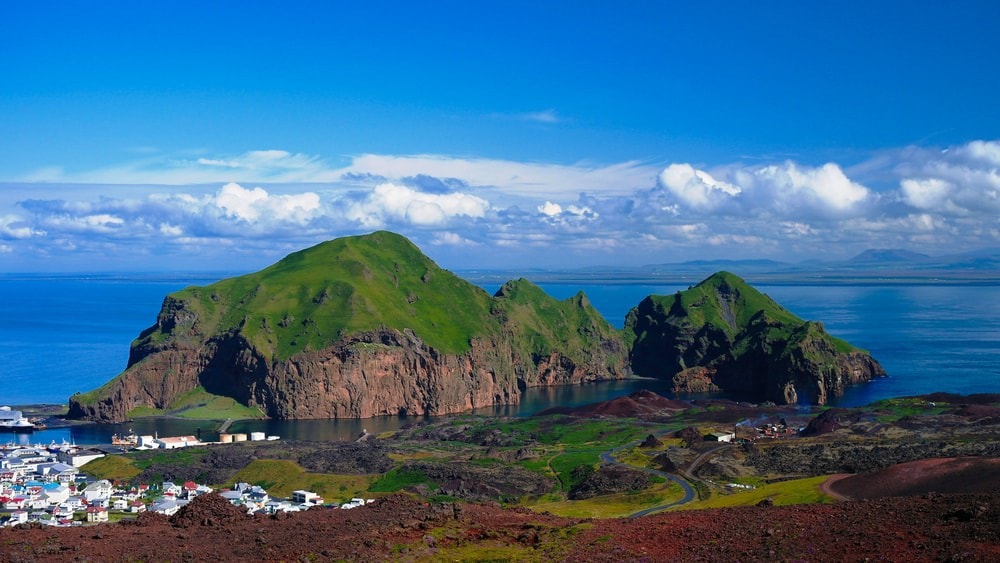 When my husband and I visited Iceland a few years ago, we upgraded our vehicle rental to include GPS. Our week-long trip included one group tour, and the rest of the time we were on our own, exploring the beautiful European country via a four-wheel drive SUV. Iceland is sparsely populated outside of the capital, Reykjavik. It’s not the kind of place where you travel by following your instincts because it’s confusing and you could end up spending the night in a field with a herd of sheep.

The GPS voice was a pleasant British woman we called Bridget, influenced by Bridget Jones’s Diary, no doubt. About twenty minutes into our first day’s drive as we motored along, mouths agape at the beauty before us, cheery music came up and a male voice suddenly began offering historical facts about a geothermal pool we were approaching. (We called this voice Nigel.) We were delighted to take a personal sight-seeing tour with Bridget and Nigel as our guides.

We couldn’t figure out how to isolate one voice over the other and found ourselves yelling at Bridget to pipe down while she talked over Nigel. He was infinitely more interesting, not because of his voice, but due to the content he shared. We made up a back story where Bridget and Nigel had been married but went through a bitter divorce and their animosity toward each other spilled out through our rental’s speakers. Neither one of them emerged truly victorious. (For all we know, they’re still trying to drown each other out!)

In default mode, when you ask a question of your smart speaker, a woman’s voice will usually respond. Does it matter to you whether your AI voice is male or female? Debate has resurfaced about major AI voices being mostly female and the purported sexism around that. Apple’s Siri, and Google Assistant, whose name is deliberately genderless, can both be changed from female to male. So can Samsung’s Bixby. Microsoft’s Cortana and Amazon’s Alexa have decidedly female names and voices. So why does it even matter which gender answers your questions?

It matters, some say, because female voices are relegated to the role of helper or assistant. Their duty is subservient and not authoritative. Women have traditionally performed the jobs of subordinates. They’re nurturing and motherly, not threatening to anyone’s ego or power. The way women are viewed has evolved past that in real life and should in AI. Some call this a reflection of there being fewer women in this technology sector.  A UN report finds females make up just 12% of AI researchers.

Amazon’s Daniel Rausch talked to Business Insider about choosing a female voice for Alexa, who is named after the library of Alexandria. “We carried out research and found that a woman’s voice is more ‘sympathetic’ and better received,” he said.

The UN report also concluded that the use of mainly female AI voices did indeed promote gender stereotypes. It said, “Because the speech of most voice assistants is female, it sends a signal that women are obliging, docile and eager-to-please helpers, available at the touch of a button or with a blunt voice command like ‘hey’ or ‘OK,’ The assistant holds no power of agency beyond what the commander asks of it. It honors commands and responds to queries regardless of their tone or hostility.”

Without discounting concerns about the use of female voices, I’ll pose some questions. What if the tech giants’ voices had all been male? I’ll wager there would have been an outcry about females being omitted. “Aren’t women smart enough to deliver information and answer questions?!” A male voice honoring commands and ignoring tone or hostility would be viewed how? Isn’t that the role of AI? It stays cool and calm even if we lose our minds. (As much as they hated each other, Bridget and Nigel never once raised their voices!) Clearly, the answer is to offer choices, and as mentioned, companies are already making them available.

The UN also recommended the use of a neutral AI voice. A group of experts created a genderless voice, named Q. It’s a more difficult task than it may seem. They began by blending real voices and adjusted and tweaked until they arrived at the sound they wanted. They’re hoping to catch the attention of AI programmers and, in a perfect world, have Q or something like it available as an option to smart-speaker users. (Listen to Q on YouTube )

I think of Alexa as my smarty-pants friend who has all the answers. Her gender (and anyone else’s gender) doesn’t matter to me. If she suddenly began responding in a male voice, it also wouldn’t matter, unless the original Alexa voice came back and the two of them talked at the same time. I don’t think I could handle getting in the middle of a couple’s squabble like Bridget and Nigel’s again.